Listed as nationally endangered during 2016, the Carpentarian Grasswren is an iconic species of the Southern Gulf Region.  With logistical support from Southern Gulf NRM, Birdlife Australia volunteers conducted surveys for the bird during early 2016, confirming that the majority of populations exist in long-unburnt spinifex grasslands, to the north and west of Mount Isa.

Fire is the key to the future of the Carpentarian Grasswren.  Adapted over millennia to an Indigenous-managed fire regime of frequent, patchy and low-intensity fires, Grasswrens moved from patch to patch to find suitable unburnt habitat.  With the decline of Indigenous fire management practices, modern fires tend to be less frequent, but much larger and more intense.  This can lead to the removal of suitable Grasswren habitat over very large areas and has been implicated in the decline of the species.  Large fires are a problem for pastoralists too, destroying extensive areas of vital cattle grazing pastures.  Grasswrens and pastoralists share an interest in best practice fire management.

Project funding: This project is supported by Southern Gulf NRM, through funding from the Australian Government National Landcare Program 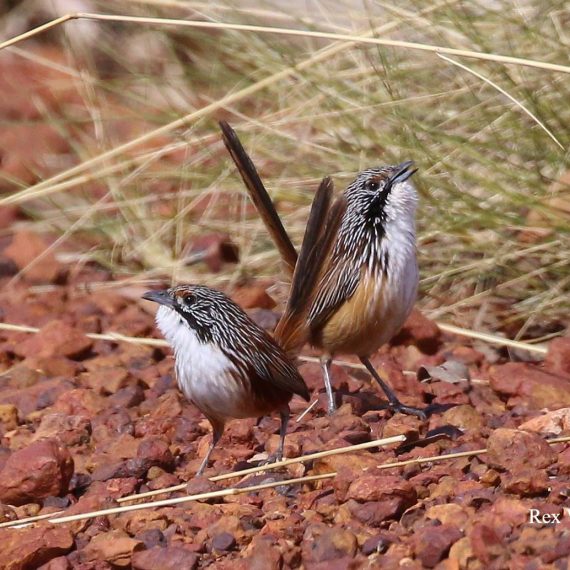