news Get To Know Our CEO!

Get To Know Our CEO!

Geoff Penton, CEO for SGNRM recently celebrated 12, very successful, months with us so we sat down with Geoff and asked him a series of ‘hard-hitting’ questions, to get to know him better.

What are your favourite movies?

Saving Private Ryan & How to Train Your Dragon.

What are 3 items you would take with you to a deserted island?

If I can’t take a Chinese restaurant then I would say a knife, fishing gear and a plastic sheet.

What do you do at SGNRM?

You mean other than signing things?  I support the board to make strategic decisions about the direction of the organisation and manage the staff to deliver on our projects.

What are your credentials for working in your position?

I hold a bachelor’s degree in Agricultural Systems & a Certificate of Ecology issued by the University of Western Sydney (Hawkesbury).  I started as one of the first four Regional Landcare Facilitators for the Queensland Government, where I remained for several years. I then worked as a planning officer for an NRM group and the NRM Operations Manager for another NRM group before becoming the CEO of an NRM group, a role which I have held for around 12 years.

What got you in to Natural Resource Management?

Initially, I wanted to be a vet but during my college years I had the opportunity to work with the Hunter Valley Conservation Trust which operated to some degree, like an NRM Group. We did a lot of work on catchment management and engaged landholders on erosion control. From here, I realized I was good at it, and I really enjoyed it so I never turned back!

What is something landholders have to deal with that you want to fix?

To single out one thing, I would say weed and pest threats.  We have a relatively disjointed way of dealing with weed and pest threats. Sometimes landholders can be there own worst enemy for only trying to eradicate the threat when its actively causing a problem for them.  Often this is the worst time to try and control them because its when they are already eating your grain or pasture, so they are not very hungry which makes it hard to poison or trap them.  Being proactive and implementing multiple, systematic rounds of control is a method I would like to see employed more often.  We know that it works! I have seen many projects where pest populations have decreased to nearly zero when an organised and coordinated approach is taken.  I find that more often than not, the problem is the people, not the pest.

Simple, the people! There’s a really great staff team which is the main appeal but it’s nice to do a job that you love.

What are the values that drive you?

I think that an element of fun is important in the workplace, it keeps things lively and morale high but of course, this needs to be coupled with a strong work ethic. I really struggle watching people skate by, only doing the bare minimum.  I also think that when dealing with the community and landholders, especially with dealing with public monies, integrity and honesty are key.

Lastly, what do you do when you’re not working?

I love to travel with my family, we’ve been fortunate enough to see a lot of Europe together and I’ve also done a lot of exploring Australia which has been amazing.  I am very much into building and furniture renovations as well, its something I have done with my wife for a while, and always satisfying to see the end transformation.  I also love gardening, growing my own vegetables is something I’ve done since I was a kid!

Thanks Geoff for your time! 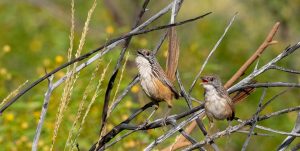 The 2021 Bird Life Northern Queensland survey has revealed that... 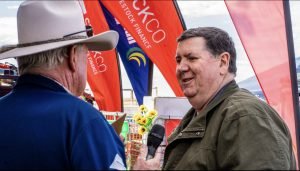 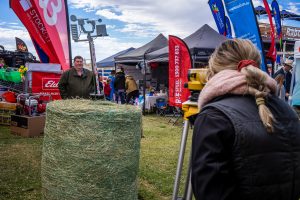 In case you missed it, we recently set up shop... 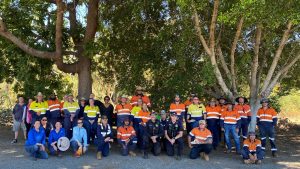