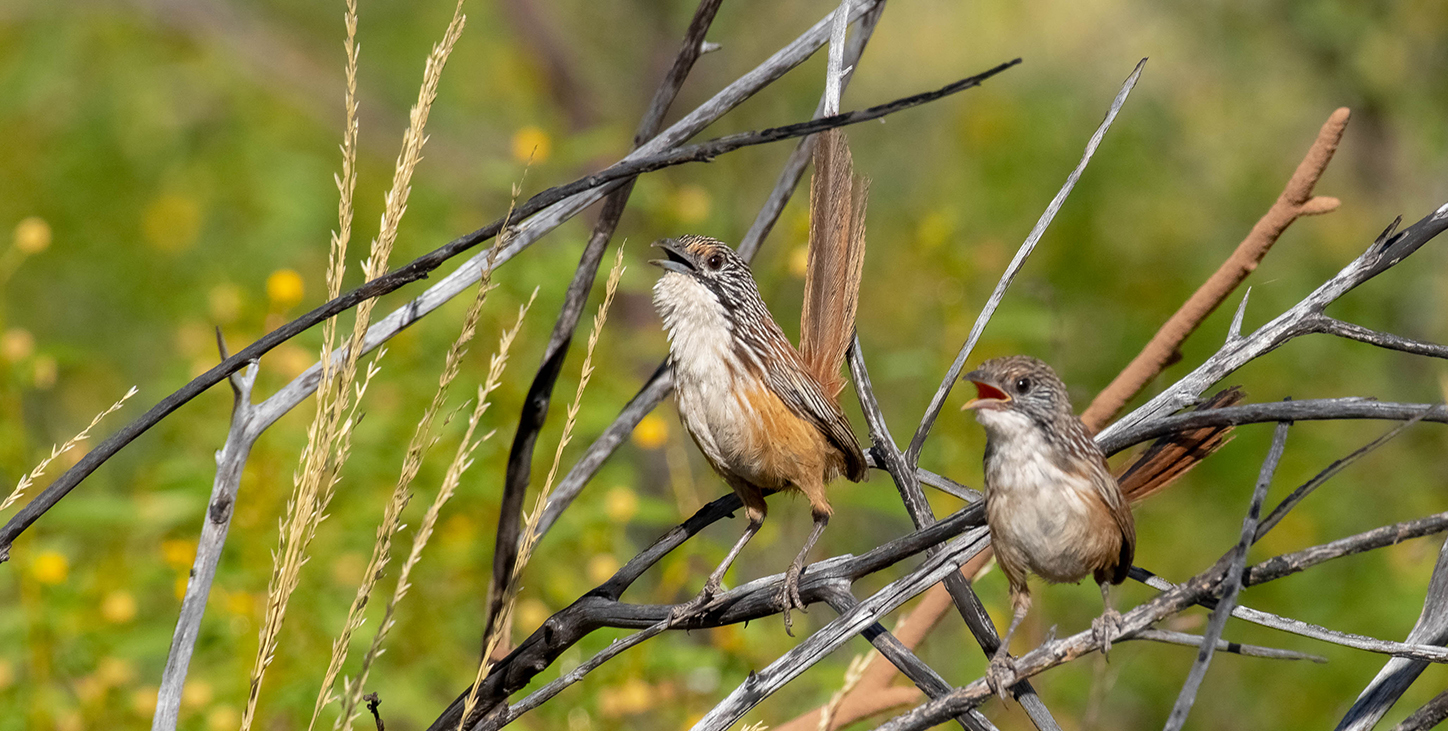 The 2021 Bird Life Northern Queensland survey has revealed that the endangered Carpentarian Grasswren is on the rise!  A total of 21 volunteers participated in a survey of over 80 sites throughout northwest Queensland this May.

Great news for the Carpentarian Grasswren as sightings were recorded at 44 sites which are more than double the surveys of the previous two years.

The sites were methodically mapped to establish long-term monitoring, including additional sites identified by Henry Stoetzel, PhD Researcher at University of Queensland, who has created a unique model for predicting their habitat.

Most interestingly, eight groups of Carpentarian Grasswrens were spotted with more than two birds, which indicates a successful breeding season.  Survey participants believe that the high numbers of offspring will help populate habitat close to parent territories.

Volunteers that have been involved in the surveys since 2008 commented that this survey has resulted in the highest number of Carpentarian Grasswren records since the commencement of the surveys.

The positive survey results show promising outcomes for improving the trajectory of the endangered species and successfully showcases the biodiversity benefits of regional fire management planning.

Click here to see a video of the survey team as they tell you more about why this project is so important!